With hundreds of film festivals taking place at any one year in the world, there is no doubt that film is still very popular. However, the truth is that the Cannes Film Festival is still one of the best things to happen to film promotion and today, it is still the festival to beat, as it sets standards for many others. Forget all the brouhaha that you hear from the film world, but if it is not a Cannes event, then it definitely fades in comparison.

What important things set the Cannes Film Festival ahead of the others in the business?

It is a trendsetter

Believe it or not, it is in the Palais des Festivals that important decisions regarding pictures are made. Here, careers are made or broken. It is the one place where directors meet producers, actors and every other person who plays a role in the successful production of a picture. If a picture is aired here, depending on how the Cannes crowd takes it, that picture could become a high-flying success or a total dud.

Inspiring – went on even after the Charlie Hebdo attack 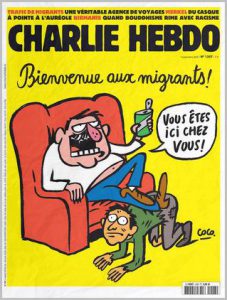 But this festival is not only influential in the film world but also in politics and other matters. For example, after the Charlie Hebdo attack, the festival organizers decided that it would still go on even amid the security concerns. That was a good move, showing the terrorists that despite all the grief, life was still going on. It was also a great way to show the world that France was safe for everyone. Taking place six months after the attacks, this was a fearless move by the organizers, bringing such a huge collection of celebrities under one roof. You agree that makes a juicy target for any terrorist, but yes, they went ahead and did the festival alright.

It is an old festival

Old is gold they say and in the case of the Cannes Film Festival, that is so true. This event took of way back in 1939, but it was grounded for a few years and revived again in 1946. It has been running since then. Because of this long history, this event is able to get more sponsors, thus enabling it to throw a glamorous event all the time that is frequented by the who-is-who in the celebrity world. It is widely covered by journalists from all parts of the world. For example, in 2015, more than 4000 journalists were covering the event.

It is a very glamorous event

It is attended by the most famous people in film, it is a highly publicized before and after it happens. Its awards are highly coveted and so on. It seems there is a lot of hype and reality almost in equal measure. Producers, directors, actors and actresses are interviewed by the best entertainment journalists of our time. These interviews take place on yachts, luxury hotel suites and high-end beaches. This event oozes luxury and money from every pore. So do other film festivals, but not on the Cannes scale.

The Cannes Film Festival is a trendsetter in many ways and today, it remains the film festival to beat in the world. Not that the others are not any good, it is just that this one is older, has more glamour and money.